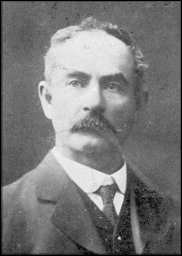 Lawyer, local politician, conservationist Dugald Louis Poppelwell was born on 2 July 1863 at his parents' farm, Sunwick, at Tokomairiro, South Otago, New Zealand. He was the 10th of 12 children of William Poppelwell, a Scottish mariner turned farmer, and his wife, Catherine Robertson McLachlan.

From 1853 they farmed Sunwick, establishing a home generous in its hospitality to travellers and known as a centre for local Catholics. Dugald attended school in Milton from 1869 and continued at the Christian Brothers' Boys' School in Dunedin; he was winner of Bishop Moran's scholarship in 1878.

He then worked on the family's Mount Misery run, and later became a law clerk in the office of Donald Reid in Milton. He was appointed lieutenant in the Bruce Rifle Volunteers in 1887. From 1889 to 1891 he studied law at the University of Otago, and after being admitted as a lawyer moved to Gore and set up in practice in 1892.

Dugald married Nora Greene at Gore on 10 April 1894. A busy legal career soon brought Poppelwell to local prominence. A Liberal in politics, he was several times asked to stand for Parliament, but never accepted. He was elected to the Gore Borough Council in 1893 and became mayor in 1895. He served on the council again from 1900 to 1903 and as mayor four times from 1904 to 1931. He was made a justice of the peace in 1904. Poppelwell was involved in establishing many major public works in Gore. A traffic bridge was erected to serve the main highway; drainage and electricity schemes were launched; and public gardens were laid out by David Tannock, superintendent of reserves in Dunedin. Poppelwell was also responsible for having the government set aside 200 acres of the undisposed part of Croydon Bush as a public reserve. The area was added to later, and the native bush reserve on the flanks of Gore's Hokonui Hills now comprises 2,334 acres.

Dugald Poppelwell was a pioneer in botanical exploration in the southern South Island, Stewart Island and the offshore islands. He was also active in ecology at a time when the foundations of that science were being established in New Zealand, and wrote on the effects of acclimatisation and on other aspects of conservation. Seventeen of his papers were published in the Transactions and Proceedings of the New Zealand Institute. In 1924 his timely intervention saved the Bowen Falls at Milford Sound from being harnessed for hydroelectric power. He lectured to the Otago Institute and other organisations, published his views in newspaper articles and pamphlets, and was a member of the council of the Southland Acclimatisation Society. In 1925 he was a member of the Maori, Natural History and Old Identities' Committee at the New Zealand and South Seas International Exhibition in Dunedin. His wide knowledge and appreciation of native plants was shared with local groups on tramping trips when, fit and enthusiastic, he would stride out ahead.

Dugald engrossed himself in many aspects of the life of Gore. He was active in the administration of several sporting bodies, including terms as steward and president of the Gore Racing Club. He was instrumental in establishing Seddon Memorial Hospital in 1909 and in converting the Athenaeum into the Gore Coronation Public Library. The first president of the Gore Club and of the Gore Chamber of Commerce, he was a member of the Gore and Surrounding Districts Early Settlers' Association, the Gore Agricultural and Pastoral Association, the Gore High School board of governors and the local Domain Board. For 10 years he was a lieutenant in the Gore Volunteers. During his long career he held almost every public office in the town. He became a senior member of the Bar and was president of the Southland District Law Society. In 1935 he received the King George V Silver Jubilee Medal.

Poppelwell was always actively involved in the affairs of the Catholic church. He was the first secretary of the local branch of the Hibernian society, and when the New Zealand Catholic Federation was formed he was a delegate; he served as vice president for a year, and president from 1914 to 1919. He was awarded the Papal Cross in 1916. Dugald Poppelwell was smooth-featured in appearance, with a broad moustache and high forehead. He was fond of relaxing to music.
In a happy marriage, he and his wife brought up three sons, William, Harold and Dugald, and two daughters, Moana and Mary, who became Sisters of Mercy at the Convent of Mercy, South Dunedin. Moana was Sister Mary Cuthbert born in 1900, she joined the Sisters of Mercy at 18 and taught at several diocesan schools; from her father, Sister had inherited a great love of nature; to walk through native bush, naming trees, plants and birds was a sheer delight to her; besides being an avid reader Sister was an enthusiastic teacher of speech. She died in 1976. Mary was Sister Mary Joan from 1906 to her death on 27 April 1974. She was buried at Anderson's Bay Cemetery, Dunedin, N.Z. Dugald died on 23 September 1939 at his home at Gore, survived by his wife and children. For over 40 years Dugald Poppelwell had been intimately involved with his town and community and was responsible for much of its development.